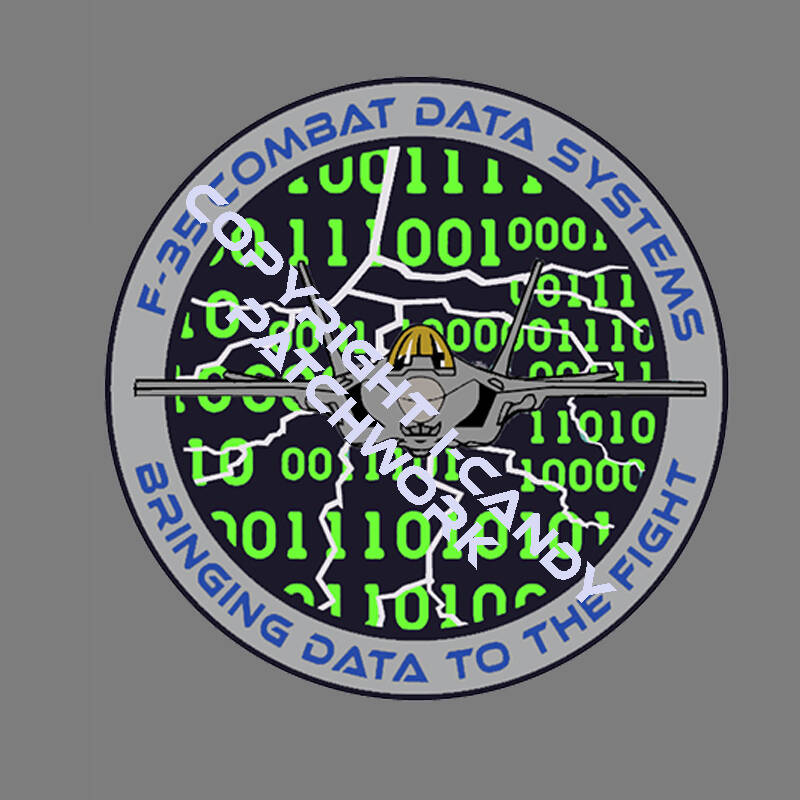 F-35 Lightning II pilots from the U.S. and The Netherlands took to the air to demonstrate a new level of interoperability aimed at improving future combat data sharing among the U.S. Services, F-35 program international Cooperative Partners and Foreign Military Sales (FMS) customers.

Commonly referred to as CMDx, coalition mission data is a concept that provides all operating participants with an equivalent source of data that ensures a common operating picture across a large multi-national force of F-35s. Essentially, CMDx will provide coalition air component commanders the assurance that all assets are seeing the same thing at the same time.

This concept also affords commanders the ability to operate a mixture of F-35s regardless of variant or nationality. Additionally, because CMDx operates from the same data source, situational awareness and combat identification are significantly improved. ICandypatchwork has been commission exclusively to produce a patch for the multinational community. We are thrilled that we have been granted a small amount of copies to sell to our customers. This  will be a onetime deal … gone is gone. 10 x 10 cm fully embroidered patch with velcro backing.

DUE TO THE LIMITED AMOUNT ONLY ONE FOR EACH CUSTOMER !